The Club’s archers endured scorching temperatures to compete both at home and away over Easter weekend. A small contingent turned out to shoot a 720 round at Greeba (72 arrows at a single distance – 70m for Recurve, 50m for Compound, with the children shooting distances according to age group) while an even smaller group travelled to England to take part in a Double WA 1440 round at Chippenham (36 arrows at each of four distances 90/70/50/30m for the Gents, 70/60/50/30m for the Ladies). Standards were generally high and several of those shooting recorded personal best scores.

Dave and Rhys Moore, along with Barbara Harris travelled to Chippenham in Wiltshire to shoot in the Chippenham Archers 20th Anniversary Double WA 1440 shoot. They met up with fellow Club member Ethan Moore, who is based in England, for their first World Record Status shoot of the season. Shooting conditions could not have been better, with temperatures in the mid-twenties and only the lightest of breezes at the target face. The four had rather different agendas. Rhys was looking to protect his Masterbowman classification and improve upon his GB ranking. Ethan, who’s work pressures meant that he had only picked up his bow three times since last August, just wanted to break 1200. Dave, nursing an ongoing hand injury, hoped he would make it to the end of the shoot; and Barbara, who hates the sun, was hoping to prove that she could shoot in good conditions.

The first day of the shoot was rather incident packed, proceedings ground to a halt when a swarm of bees erupted from a hollow tree to the left of the field and made their way down the shooting line. Reminiscent of a biblical plague, the bees buzzed angrily from one side of the field to the other before calming down and returning to base. Later in the day an ambulance had to be called to attend to one of the Judges whose back had locked and who was in considerable pain. Fortunately, the ambulance arrived at the natural break between the third and fourth distance so there was no further interruption to the round.

Rhys Moore shot averagely for him, hitting too many eights and finishing with a score of 1300 dead; 11 points short of Masterbowman standard, but it wasn’t a bad start to the season. Ethan shot steadily, improving with each distance, and was satisfied with the 1264 he had by the end of the day. Hampered by the injury to his draw hand Dave Moore was no where near his best but did manage to finish out the day and still find time to lend moral support to Barbara Harris who was shooting a few bosses over. After three rounds of practice it looked like Harris would have been better off staying at home, but as soon as the first scoring arrow landed Barbara relaxed and shot her best ever 70m distance. She followed this up with her best ever 60m distance and looked in good shape going into the afternoon session. Unfortunately, Barbara mis-read the timing clock at the 50m stage and panicked herself, putting two arrows wide of the target. Worse still she allowed her annoyance to get the better of her and she had another two misses. Regrouping during the break, Harris managed to regain her composure at 30m to finish with an overall personal best score of 1119 and with it all to do again on Sunday.

Temperatures on Sunday were even higher than the day before, without the relief of Saturday’s pleasant breeze. Rhys had a better start at the 90m but slightly lower scores at the other distances meant that he shot 1300 exactly for the second day running and his combined total put him in 7th place. Ethan had a miss at the first distance which meant his second day total was slightly lower than his first, but he was still well over the 1200 benchmark he had set himself and he finished 9th overall. Whatever Ethan had lost in points, he made up for in ants, several hundred of whom had taken up residence in his bow case! Sadly, Dave Moore had to retire before he could complete Sunday’s round but after applying an ice pack to his hand for 20mins he amused himself by taking photo’s of his fellow Club members. Barbara had a terrific start to the day posting a pb for the 70m but did not do quite so well at the 60. At the halfway stage Barbara found herself 12 points down on the previous day and starting to wilt in the heat. In an effort to counteract the intense heat, she began soaking her hat in cold water to keep her head cool. A miss in the first end at 50m made it look like it was going to be a repeat of the day before, until a remark by someone else’s coach, which Barbara overheard, clued her in to what was wrong with her own shooting. Taking a much more positive approach Barbara began to attack the target, her dozen totals rocketed and by the end of the day she had added 49 points to her pb for the round. Barbara finished in 5th place overall.

Back home at Greeba nine archers turned up to shoot a 720 round as part of the Club’s scratch league. In the Gents Compound Pete Mumford eclipsed Colin Moore by 40 points to take the win. Lone lady Compound Joy Gough put in another solid round and looks good for the season ahead.

In the Gents Recurve an off-form Danny Cowin pulverised Dave Berry, taking the win by 68 points. Dave’s wife Jane had a better time of things in the Ladies Recurve where she added 28 points to pb and posted the highest senior Recurve score of the day.

Juniors Tilly Ashton and James Hill shot the 50m distance, with Tilly taking the honours in her first attempt at the distance. Nathan Kinrade had a dream of a day, taking full advantage of the beautiful conditions to add 72 points to his pb for the 40m distance. 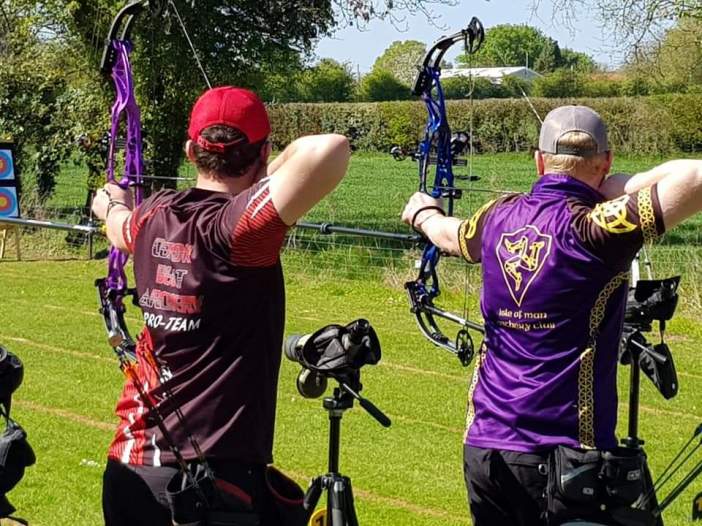 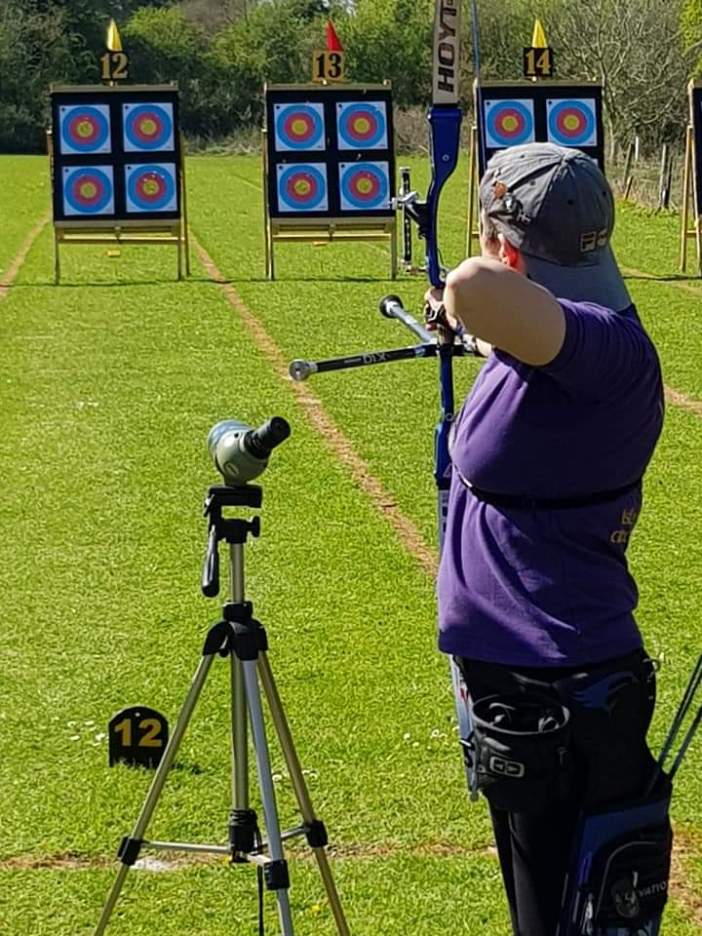